(PROVIDENCE, R.I.) – Iconic New England brewer Narragansett Beer is no stranger to growth. Since first opening in 1890, Narragansett Beer has experienced a storied history of remarkable highs and lows. From surviving prohibition to serving as the official beer of the Boston Red Sox, ‘Gansett’s reputation has endured and adapted. In 2005, lifelong Rhode Islander Mark Hellendrung and his team revived and resurrected the brand, breathing in new life with innovative brews, a new brewery, and dedication to its roots without resting on its laurels. 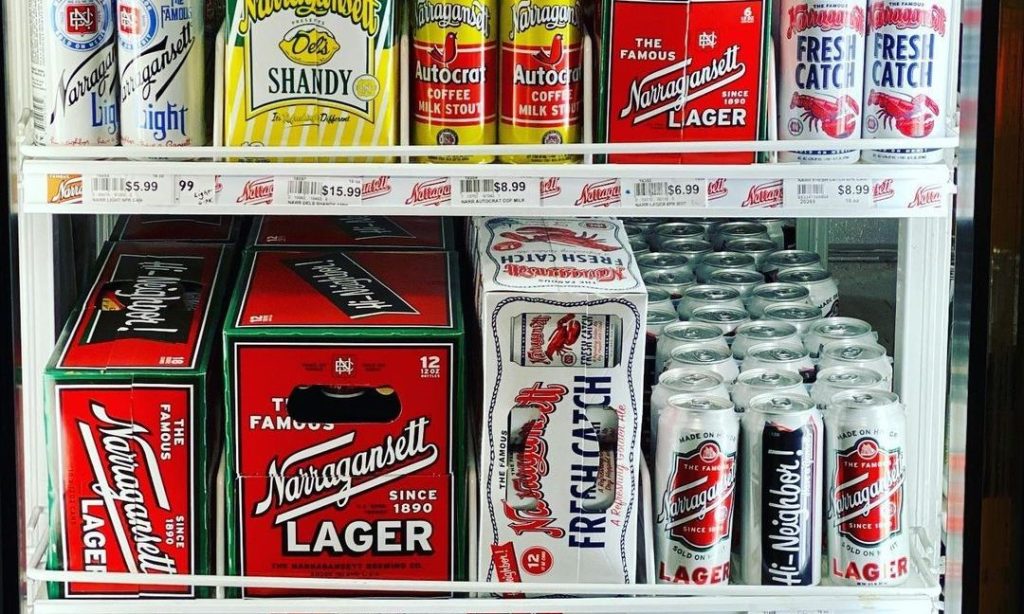 In 2022, Narragansett pushed forward and returned to its pre-pandemic volume of over 100,000 barrels with a total depletion volume growth of 5%, driven across a wide geography and led by key markets of New York, Virginia, Washington, D.C., North Carolina, Ohio, and ‘Gansett’s home market of Rhode Island. After successful growth in states throughout the Mid-Atlantic and Midwest, Narragansett expanded into Colorado in September. On-premise accounts led channel growth with a 23% increase, and draft lines surpassed pre-pandemic levels as a promising sign that neighbors across the country are all in on ‘Gansett.

Narragansett uniquely achieved this growth on the back of its flagship Lager, which saw an increase of 9.5%, compared to growth through innovations seen with most other breweries. Narragansett also saw a 7% increase in the grocery channel led by their Lager with an increase of 12% in 2022. As a tried-and-true staple of the brand, Lager and its growth further illustrates imbibers’ interest in premium craft styles made with heritage and tradition in mind. With record momentum throughout November and December and an already strong start in the new year, steady growth and expansion sets Narragansett up for continued momentum in 2023.

“It’s exciting and humbling to be back after everything we’ve all been through over the last couple years,” said Mark Hellendrung, President of Narragansett Beer. “Our team, distributor partners and retailers are doing such a great job bringing ‘Gansett to people who love our beer.  There’s so much more to do and we’re all really looking forward to crushing it again in 2023.”

Adding to its development, Narragansett also completed its first full year of operations at its 18,000 square foot waterfront brewery and taproom in Providence, Rhode Island, welcoming over 100,000 visitors. Head Brewer Lee Lord and the brew team also created over 30 innovative craft beers ranging from New England Double IPAs to lagers, porters, sours and more, inspiring guests to return to check out their latest brews or pick up new fan-favorites.

As the 32nd largest craft brewer in the United States, Narragansett Beer is excited to raise a pint to the next chapter in its already bursting history books and say “Hi-Neighbor!” to old and new fans alike in 2023.