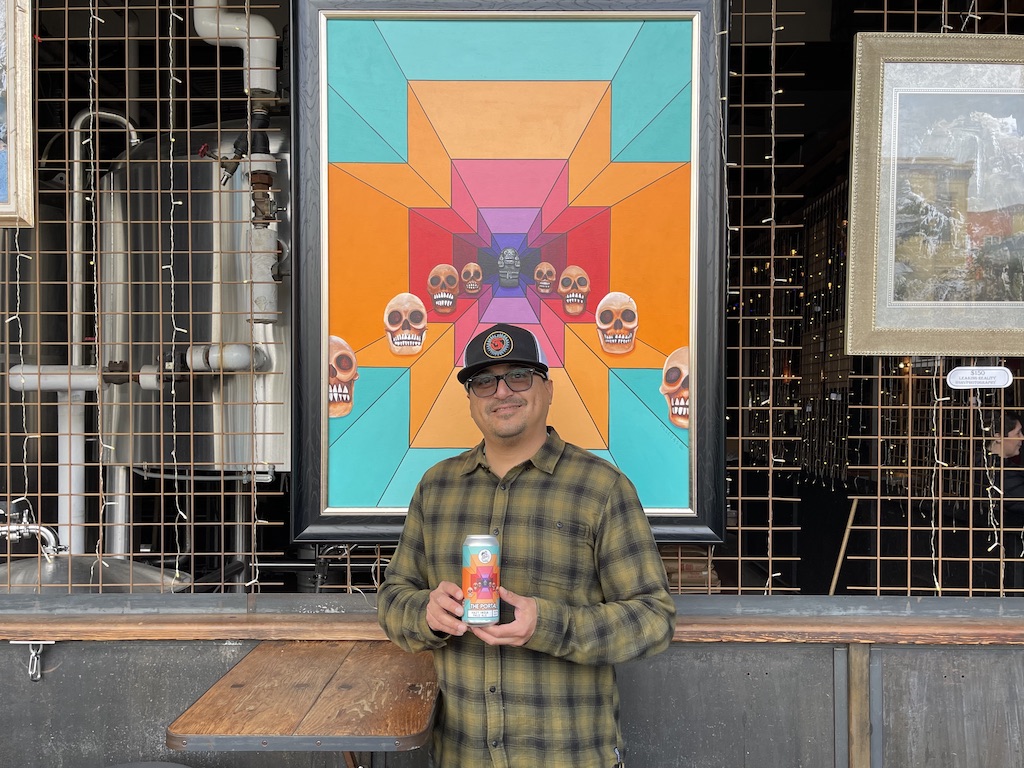 “San Diego is home to so many amazing artists,” Thorn CEO, Marc Martin explains. “So for our Shades of Haze series, we reached out to local artists from each of the neighborhoods where we have tasting rooms. Each artist created a beer label for us and we will be hosting a release event featuring their art for each beer release.”

The first artist in the series is Hector Villegas, a first-generation Chicano from the historic neighborhood of Barrio Logan. His artwork is a blend of Mesoamerican glyphs, textiles, and 3D geometry that he calls “Neo-Mexika.”

“The Barrio Logan Art Scene is rooted in working-class Chicano culture,” Villegas shares. “It’s relentlessly resourceful and always the vanguard of new, exciting art forms. The art scene here has established artists as well as youth and up-and-coming folks. Venues and galleries come and go but there is always a pulse of artists making sense of the world through the Barrio lens. I encourage folks to suit up and show up to Barrio Logan to enjoy the scene. As long as you come here with respect, you’ll love the energy and vibe of this community.”

Thorn Brewing Co. started out in 2012 in North Park as Thorn Street Brewery where it became known as San Diego’s ultimate neighborhood brewery. The Barrio Logan location opened in 2017 and produces beer on a 30-barrel system, and Thorn Mission Hills opened in 2019.