Brad Pitt and French music producer Damien Quintard have reopened the doors of Miraval Studios after major renovations to the space, which has an illustrious past but lay unused for nearly two decades.

It lies on the Château Miraval wine estate in Provence, which Pitt still co-owns after having originally bought the property with ex-partner Angelina Jolie. Tenute del Mondo, a subsidiary of Stoli Group, announced in 2021 it had acquired a 50% stake in Miraval from Jolie.

Emmy-winning producer Quintard has worked with Pitt to redesign and refurbish Miraval Studios in less than a year.

Built by French composer Jacques Loussier in 1977, when he owned the property, the studio space has previously hosted sessions for Pink Floyd’s ‘The Wall’, as well as bands including AC/DC, The Cure, Sting and The Cranberries. 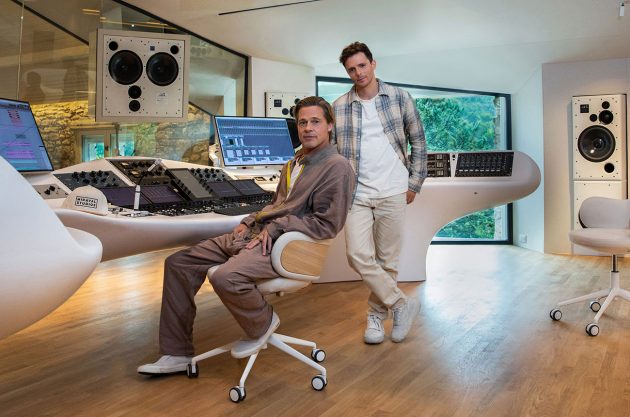 Some of the original gear has been kept, but Pitt and Quintard have also added new technology and features, including what they called ‘the spaceship’ – a central desk with hybrid analogue / digital capabilities.

There is a fully integrated Dolby Atmos Music system and the space can also handle pre-mixing for film and television.

Quintard said the design also preserved the sound ‘heritage’ of the studio, with its 25-foot ceilings and 320-square-metre live room, and added there’s a focus on natural materials like wood and stone. 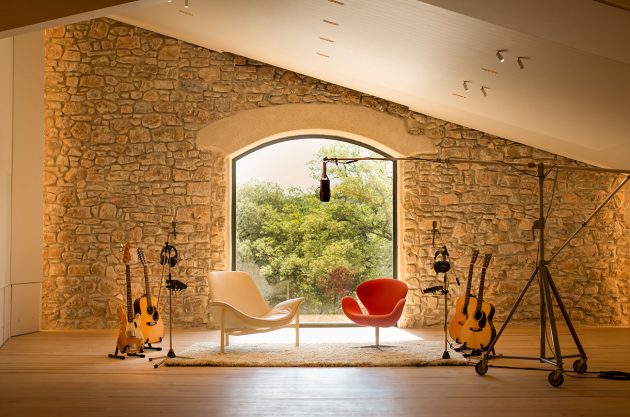 ‘It really is a space where you can produce anything from pop and rock, to hip-hop and classical records,’ he said.

‘I’m really excited to see what music comes out of here,’ said Pitt, who spoke to the Billboard publication about the revamp.

News of Miraval Studios reopening comes amid ongoing reports of legal disputes between Pitt and Jolie, including over the nature of their previous joint-ownership of the estate.

A spokesperson said it was ‘business as usual’ at the Provence winery. Miraval has gained a reputation for top quality rosé wines in the past decade, during which winemaking has been overseen by the highly regarded Perrin family, of Château de Beaucastel fame.