In the produce aisle of most US supermarkets, choices are clear: the organic section is to the right, or at the very least, organic items are identified on packaging or shelf-talkers. Shoppers willing to pay a few cents more per pound for broccoli grown without synthetic chemicals know where to reach. In the wine aisle? Not so much.

There’s more than a bit of confusion, to date at least, with little-understood labels announcing wines are certified sustainable or made from organic grapes.

Meanwhile, consumers – whether as interested in the environmental friendliness of their Chardonnay as their cabbage – still seem to be reaching for the labels that appeal to them most over bottles that are, in fact, moving the needle very quickly toward smart environmental stewardship in economically feasible and socially equitable ways. The three prongs of sustainability in California’s statewide certification program.

And they are moving the needle. According to Allison Jordan, the California Wine Institute’s vice-president for environmental affairs, among the state’s vast swathes of vineyards, 82,903ha (33%) are Certified California Sustainable. As are 178 wineries, who between them produce 255 million cases a year. That’s a whopping 80% of California’s output in the state that produces 81% of the country’s wine.

Commitment to the programme requires continuous improvement on scores of farming and production practices, from chemical applications and tractor passes through the vineyard, to energy and water use in the cellar.

In a whirl of an online presentation, a bit like virtual speed dating, representatives from four of the state’s producers who are taking ‘going green’ very seriously described intricate efforts to minimise the industry’s negative impacts on our changing climate and the health of the land.

First up was Aly Wente, part of the fifth generation of this venerable family producer based in Alameda County’s Livermore AVA.

Wente took on what is the elephant in the room for the industry worldwide: packaging. ‘Packaging accounts for 30% to 40% of a wine’s carbon footprint,’ she says.

Addressing this issue, her winery has lightened the (empty) bottle for its widely distributed Louis Mel Sauvignon Blanc to just 405 grams. Most bottles weigh in at about 500g and many run up to 900g, if not more. Wente calls the initiative ‘losing weight on purpose’. 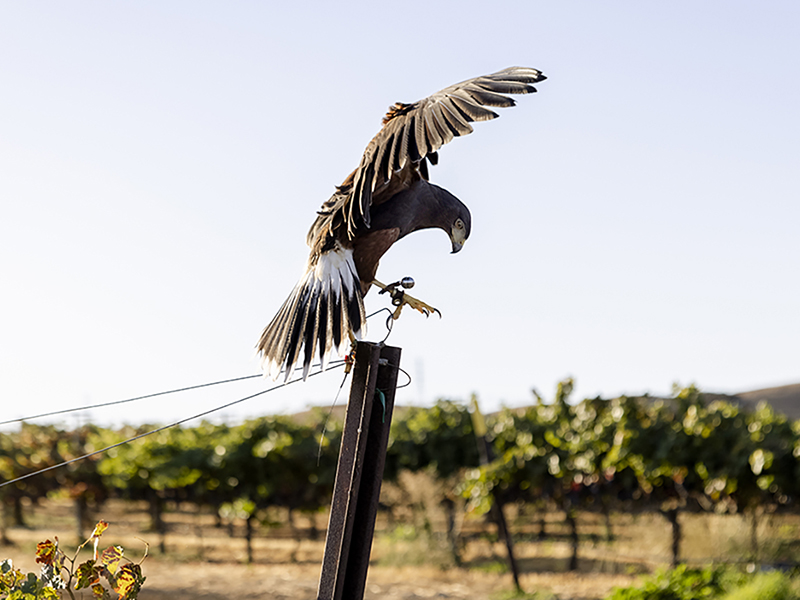 Similarly, Jackson Family Wines has made a significant impact with a small packaging move, slimming down its bottle for Kendall-Jackson Vintner’s Reserve Chardonnay, arguably the most popular wine in the country.

According to second-generation Katie Jackson, vice-president of sustainability, shaving the glass from 510g to 454g has reduced greenhouse emissions between 2% and 3%.

Jackson Family Wines’ goal is to cut its carbon production in half by 2030 and to be carbon positive by 2050.

This will be driven by more ‘light-weighting’, as Jackson puts it, as well as introducing electric vehicles, plus transferring shipping from road to rail. She can’t speak fast enough to squeeze all the initiatives into her allotted time.

From worm farms to green wineries

Under the sprawling umbrella of O’Neill Vintners & Distillers (now the 10th largest wine company in the US and owners of Robert Hall Winery, among others), specific tools are writ large, such as 5,000 solar panels and the world’s largest worm farms, capable of filtering more than 4.5 million litres of water a day.

Head of sustainability for the conglomerate Caine Thompson, who is also managing director at Robert Hall in Paso Robles (where a rigorous trial of regenerative farming is underway), ranks social responsibility as equal in importance to the environmental kind.

Regular conversations with vineyard staff – during which management fields solutions from the workers instead of the other way around – led one employee to remark: ‘I always felt valued, but now I feel heard.’ 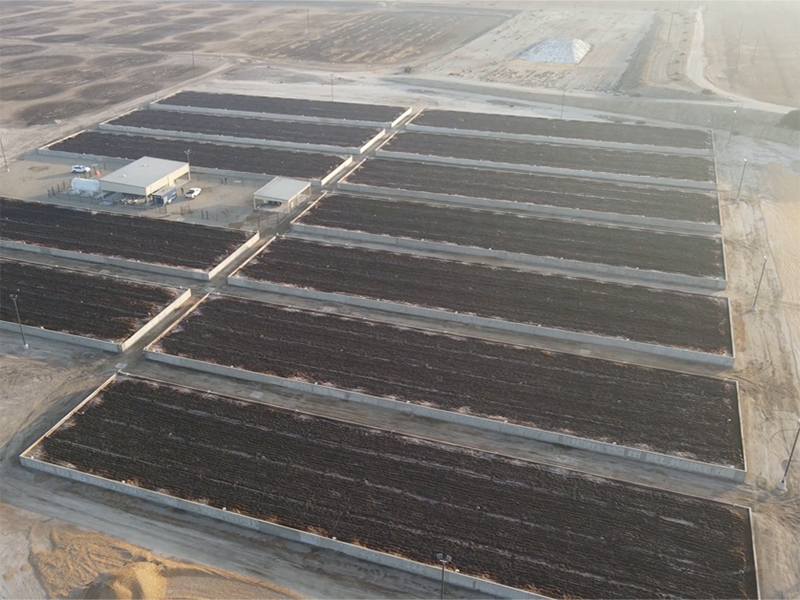 At Silver Oak in Alexander Valley, vice-president of winegrowing Nate Weis took on CEO David Duncan’s wish to ‘build the greenest winery in the world on a commercial scale’ through the Living Building Challenge posed by the Seattle-based International Living Future Institute.

Not only does certification (which Silver Oak achieved) require meeting tough goals, such as using only materials deemed ‘safe for all species through time’ and ‘relying only on current solar income’ (Silver Oak generates 107% of its energy needs), it also broadens the challenge to equity (‘supporting a just and equitable world’) and beauty (‘celebrating design that uplifts the human spirit’).

But, but, but…The Wine Institute’s Allison Jordan questions whether any of these practices improve the quality of the wine. ‘Can people taste it?’ she asks. Weis says yes. ‘All of this forces us to re-examine everything we do,’ he says. ‘The curiosity, the experimenting; it trickles out to improved quality.’ The proof is in their bottles.