In addition to the fine wine auctions reported on previously by Decanter, further initiatives have been set up to raise money for those in crisis.

UK-based wine importer Les Caves de Pyrene has been helping to relocate families fleeing from war-torn Ukraine and settle them in safe havens across Europe, in accommodation provided by the importer’s European winemakers.

To help cover the logistical costs of relocating families, the importer has announced it will hold a fundraising auction and charity dinner on 9 May at Michelin-starred Galvin La Chapelle in London.

The evening will include a live auction of rare and iconic wines, large formats and older vintages, as well as vineyard tours and dining experiences.

Among the rares on offer will be an imperial (6L) of Château Haut-Brion 1995, a jeroboam of Montevertine Pergole Le Torte, magnums of Domaine des Miroirs and rare bottles of Domaine Pierre Overnoy. In addition to the live auction, there is an online auction.

Elsewhere, US-based wine and spirits auction house Acker has announced that it has partnered with worldwide wine societies to host a fine wine auction, with proceeds donated to World Central Kitchen – a non-profit set up by chef Jose Andres to support relief in humanitarian, climate, and community crises.

In Bordeaux, Laurent Fortin, Honorary Consul to Ukraine for the Nouvelle Aquitaine region and owner of Château Dauzac, called for donations from the wine world for a charity auction hosted by online auction platform iDealWine. Many rare bottles and large formats went under the hammer.

The Italians are stepping up too, as the Brunello, Chianti Classico and Bolgheri regional bodies held an auction called Vini per la Pace (Wines for Peace) at the Vinitaly trade fair in Verona last month.

The auction offered a wide range of unique Tuscan bottles from rare vintages and in large formats and raised £19,175 for Caritas Internationalis, which provides humanitarian aid to refugees.

Director of the Brunello Consorzio, Michele Fontana, said ‘We are really proud of all the winemakers of Brunello di Montalcino, Chianti Classico and Bolgheri-Bolgheri Sassicaia for their prompt and generous participation to this initiative.’

Because they were able to generate so much participation and offerings from winemakers, they have another auction in the pipeline. 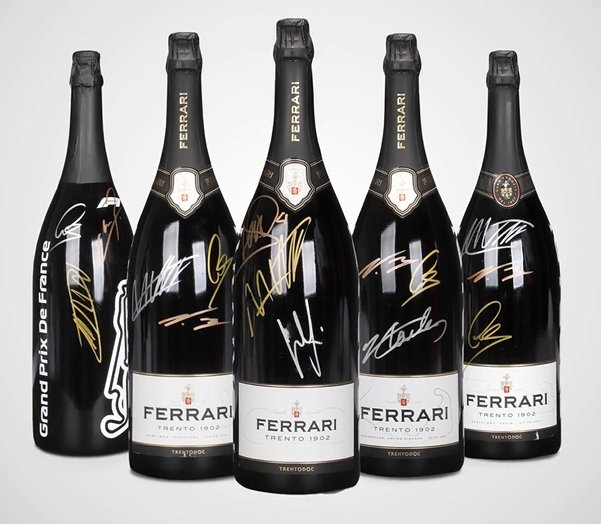 More Italian wines are going under the hammer to raise money for Ukranian refugees. Sparkling wine producer Ferrari Trento, official sponsor and toast for Formula 1, has put jeroboams of the special Formula 1 edition Trentodoc Blanc de Blancs, signed by the winning drivers, up for auction. All proceeds will go to the International Committee of the Red Cross.

But raising money through wine auctions is just one way of supporting Ukraine through the crisis, there are other ways the industry has offered humanitarian aid.

The International Sommelier Association has launched an employment platform aimed at helping Ukrainian refugees find jobs in the drinks sector. The platform will allow wine producers, restaurants, bars, retailers, wholesalers and others to advertise jobs directly to refugees from Ukraine. All job offerings and postings will be vetted by the association. 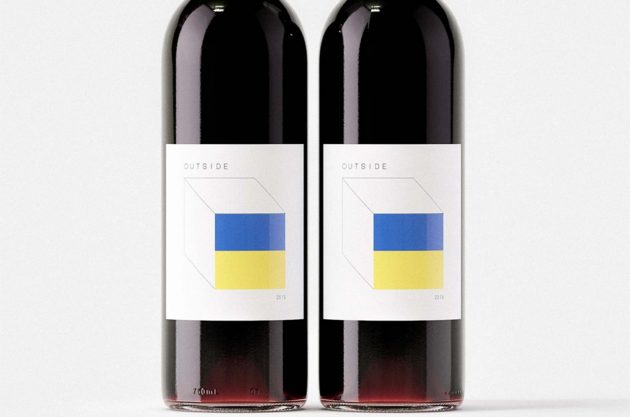 Nocking Point Wines, based in Walla Walla in Washington State, has released a special-edition of their 2019 Outside red blend, with the label designed around the Ukrainian flag. Proceeds go to the Stand with Ukraine GoFundMe campaign which was launched by Ashton Kutcher and Mila Kunis. Kunis was born in Ukraine and the couple have partnered with Nocking Point Wines to rasie money for charity.

Sergiy Stakhovsky, Ukrainian tennis star turned winemaker, has taken up arms to fight for his country.

Ukrainian wine, hanging in the balance