Several fine wine auctions have been organised by the members of the trade in support of emergency relief efforts and humanitarian aid for people affected by war in Ukraine.

One auction organised by private member club Crurated brought together more than 250 bottles from coveted producers.

The group said all funds raised would be distributed to Red Cross, Save The Children, UNHCR and UNICEF.

Writer and Decanter contributor Miquel Hudin has organised an online auction of Spanish wines, with winemakers in Catalunya offering up bottles directly from their cellars.

Lots range from vaunted Priorat labels to older vintages and low-intervention wines, said Hudin on his website. ‘I hope that there’s a bit of something for everyone in here,’ he said.

There is also a piece of Priorat wine history in the shape of Cellers La Scala Dei, La Cartoixa 1974. ‘While there were 105,000 bottles of this wine produced originally, there are now known to be just over 100 in existence, all at the premises of the winery from which this was wine was kindly donated,’ said the auction site.

Alongside the wines, Hudin is offering a one-day Priorat wine tour for four people, which he said would normally have a value of €1,000.

The online auction runs from 21 March to Friday 1 April (midnight).

Proceeds will be donated to the Ukrainian Red Cross, Come Back Alive, and/or World Central Kitchen. See full details of the ‘wines for Ukraine’ auction. 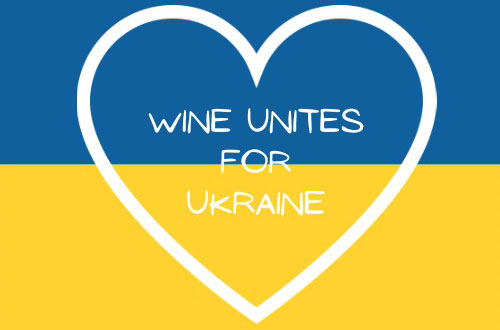 This fundraising auction by the UK wine trade has been organised by Sarah Abbott MW, Tim Atkin MW, Madeleine Waters and Celia Bryan-Brown. They have asked members of the trade to contribute lots.

One lot is for a stay, tour and tasting at Bordeaux second growth Château Pichon Baron, for four people.

Decanter has also created a lot for the auction, including a 12-bottle case of Gold & Platinum medal-winning wines from the Decanter World Wine Awards 2020 and 2021, plus a pair of Grand Tasting tickets to the Decanter Fine Wine Encounter London on Saturday 5 November, as well as a 12-month subscription to both Decanter magazine and Decanter Premium.

Other lots include a place on a WSET Level 1 course with accredited provider Rebecca Lamont Wine School, and a six-book ‘Cellar Edition #1’ collection from the Académie du Vin, which features the late, great Steven Spurrier’s memoirs, A life in wine.

Proceeds will be donated to the Disasters Emergency Committee (DEC), which is helping those affected by the crisis. See full details of the Wine Unites for Ukraine auction.

Other companies across the wine world have either announced direct donations or joined efforts to help fundraise.

UK retailer Majestic Wine has created a funding page for the DEC on its website and said that it will match all donations up to £50,000.

As previously reported by Decanter.com, the owner of Ukraine’s Beykush winery has asked Europe’s vintners to consider offering spare accommodation to refugees.

According to the UNCHR agency, more than 3.5 million people have fled Ukraine since Russia invaded the country on 24 February.

The France-based International Sommelier Association (ASI) has launched a jobs platform for wineries, retailers, restaurants and others across the trade ‘willing to offer employment [to] Ukrainian refugees’.

Russia and Ukraine: a statement from the Decanter World Wine Awards