Amid the devastation and turmoil since Russia’s invasion on 24 February, Beykush winery on southern Ukraine’s Black Sea Coast has been among those attempting to continue operations as much as possible.

Last week, Beykush began transporting thousands of wines to western Ukraine in order to protect them for possible export to other markets, winery director Svetlana Tsybak told Decanter. ‘Yesterday we sent three palettes, about 1,200 bottles, and today the same quantity,’ she said.

She also spoke of the determined efforts to get bottles to the Decanter World Wine Awards (DWWA) warehouse in the UK recently.

It’s not the first time Beykush entries have been hand-delivered, but the winery went to extra lengths in 2022 by sending six cases of its wines to a friend’s office in Hungary, moving them over the border one case at a time over two weeks.

‘Finally, we asked the brother of my friend,’ said Tsybak. ‘He came from London via a flight, he took all these wines, paid additional cost for this and flew back to London and brought this wine to Decanter.’

She explained that the courier was the brother of Ukrainian tennis star Sergiy Stakhovsky, who also owns a winery near to Beykush but who has enlisted in the military to help defend Kyiv.

Tsybak, who spoke to Dccanter from Kyiv but who has mostly been in the south of the country, is also head of the local craft wine association and has spent time helping to organise humanitarian aid in recent weeks. Beykush’s owner recently encouraged European wineries with spare accommodation to help host refugees.

In terms of business, Tsybak said exports could be a crucial source of revenue for wineries. She said there have been a lot of requests, but the supply situation is inevitably tough. ‘Our biggest problem is that we don’t have enough volume. We have wines still in tanks but can’t bottle this wine,’ she said.

A bottle manufacturing plant used by many wineries in the same area has been destroyed, she said.

Beykush has bought bottles from Spain over the past three years, but this is now difficult to organise, and has recently been organising shipments from nearby Moldova. 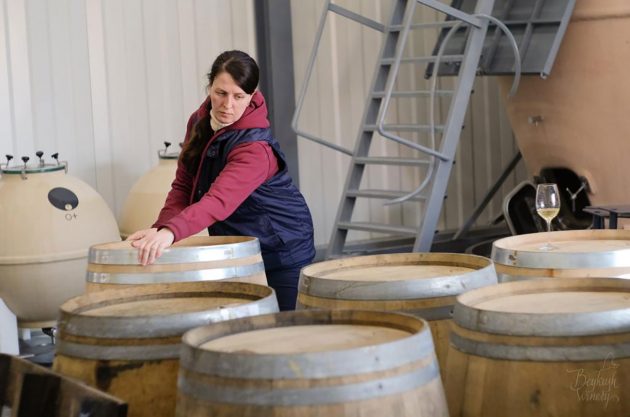 There has been particular interest from a company in the UK, said Tsybak, who believes Beykush orange wine, produced from the Rkatsiteli grape variety, could appeal to wine drinkers in the country.

Processes include extended maceration and ageing in American and French oak for three years. ‘We produce about 700 or 900 bottles. Now we are ready to give all this wine to the export market.’

Tsybak previously told Decanter that several wineries in southern Ukraine had been occupied, particularly those closer to Kherson. Beykush has remained free, but the situation continued to be tense late last week, with reports of more attacks being launched in the Mikolaiv area not far from the winery.

‘We all worry about the situation, but we need to continue our lives.’

Russian and Ukraine: A statement from DWWA