In recent years, more and more people have been paying attention to Uruguay’s wine scene thanks to the distinctive identity of its coastal regions, which are swept by winds from the Atlantic Ocean and the Río de la Plata.

The country’s proximity to the ocean and one of the largest rivers on the planet means that the vintage effect is quite prominent here. Each harvest depends on the rainfall, sun and strength of the winds experienced that year.

Today, Uruguay has around 5,966ha under vine distributed across six regions. The Río de la Plata and Atlantic keep the climate mild as well as polishing the soils for millions of years.

With unique climatic characteristics, the country’s terroirs allow wineries to produce vibrant whites from Albariño and Sauvignon Blanc. There are also subtle, complex Pinot Noirs and more intense and profound Tannats – the iconic French grape of Uruguayan viticulture. This means that Uruguayan vintners can offer quite distinct wines from those produced in other South American countries such as Argentina and Chile.

Focusing on the areas that are producing the wines attracting global attention, we need to look at Canelones (the largest region, which is also the closest to the capital Montevideo), Maldonado (the ocean region), Colonia to the south, on the shore of the Río de la Plata, and finally Rivera to the north on the Brazilian border.

Although each region experienced slightly different climatic conditions, in 2022 winemakers agreed that they faced similar challenges across the country: a dry season followed by concentrated summer rain.

‘Uruguay enjoyed a satisfying harvest in terms of health and quality,’ says oenologist Ricardo Cabrera Trobo, president of the Instituto Nacional de Vitivinicultura – Vinos del Uruguay. ‘We were worried about weather issues but fortunately they didn’t materialise. In addition, this year we progressed to stage two of sustainable production certification, which will provide excellent added value for our wines,’ he adds.

‘I’d say that 2022 was a changeable year that tested the natural qualities of our terroirs,’ comments Germán Bruzzone at Bodega Garzón in Maldonado. ‘It was a challenging period in which we were eventually able to achieve good quality, with somewhat reduced yields, and extremely authentic wines.’

Following an excellent harvest in 2021, in terms of both quality and quantity, ‘the post-harvest period was good with a mild autumn and winter with a below average amount of frosts,’ says Eduardo Boido, winemaker at Bodega Bouza in Montevideo. ‘This allowed us to do everything necessary to prepare the vines for 2022 with no problems.’

However, in spite of good budding rates, the spring was rather unusual. ‘The spring was healthy with no storms or strong winds,’ says Santiago Deicas at Bodega Familia Deicas. ‘But there was a significant drought from mid-spring to the middle of January when heavy, concentrated rain was accompanied by a sharp drop in temperature.’

‘In Uruguay most vineyards aren’t irrigated, we need our water to come naturally, so each year has its own character. 2022 was a year when climate change made itself felt,’ explains Gustavo Pisano at Pisano Wines.

December and January saw some of the highest temperatures on record. However the second halves of January and February were cooler than average and fairly damp. This meant that significant thinning and pruning work was required to keep the grapes healthy.

The job was completed by the wind, which was constant and gentle. Following a cool, dry March, the harvest was finished on time and avoided early frosts, ending with good yields and promising quality among the currently fermenting musts. 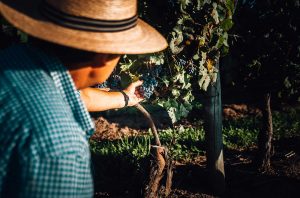 The climatic conditions of the 2022 harvest have got tongues wagging about fragrant, vibrant whites and fresh reds with a more easygoing concentration than usual.

‘The Albariño thrived! It has shown us how well suited a variety it is to our oceanic terroir. 2022 will produce some great wines,’ says Deicas. ‘The summer heat waves ensured good health after the rains, while the subsequent cool weather allowed us to produce good quantities of natural acidity and freshness.’ This is true for most of the white varieties across Uruguay.

Bruzzone from Bodega Garzón adds: ‘We had excellent thermal variation, which was good for polyphenolic ripening, producing excellent results for our Tannat, Petit Verdot and Marselan. It’s a year of fresh reds with good colour and a generous body.’

Speaking of Tannat, leading winemaker Francisco Carrau of Bodega Cerro Chapeu believes: ‘2022 will be a year of concentrated Tannats of unusual freshness, something true of all the red varieties.’